Don’t you hate that question?

It’s like saying, “What have you ever eaten?” Or “What colors have you seen today?” It’s too broad, too overwhelming, too diverse to narrow down.

I can’t give you a list of everything on my iPod, but I can tell you about the most meaningful music in my life. A shockingly-unknown band called Cool Hand Luke has walked with me through my darkest times. Their lyrics have spoken to my very soul. I’ve mentioned them many times in my posts. Several mentions in the “The Story of Me” series and once here, where I explain a little more how influential their music has been in my life.

As I mentioned in that post, I have gotten to know Mark, of Cool Hand Luke fame as he is now a student at the seminary where I attended. What a blessing to see that he is the real deal and that his lyrics come from his own spirituality and honesty in struggles. Mark saw me at our local Target yesterday and stopped to chat. Then he gave me fantastic news. After a two year silence from this man who has written some of the most beautiful poems I’ve ever heard, he’s getting back in the studio again. 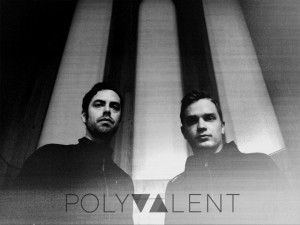 He has a new band, Polyvalent, and is raising money to help pay for recording fees. The deal is, if they raise $7,000 they get to make a record, if they fail to raise it, they lose it all. He shared this incredibly exciting news with me in his typical mild-mannered, unassuming way. I was super excited, not only to hear great news but to be asked to be a part of such a process. How joyful it will be if they indeed raise their funds and are able to record. How cool to know that I was involved, in some way, from the beginning.

Anything I can do to selfishly get more music for the soundtrack of my life, I will do!

If you’re interested in helping Polyvalent reach their goal by 11:59 this Saturday (May 25th) and pledging anything from $1 onward please visit HERE.

I thank you for your contribution to the music of my life!