My appliances are ganging up on me. They must plot at night to see the best way to derail my carefully laid plans. There’s no other explanation for it.

ACT I – Characters and Conflict Introduced

Two weeks ago, my year-old dryer unexpectedly quit working. After three hours of trying to dry one load of laundry, I gave up and hung my scrubs from every available surface in my house. The machine turned on, the motor worked, but there was zero heat. Which I learned was a necessity for a dryer’s function, after I tried, unsuccessfully, to dry a load of laundry for three hours. When I calculated the amount of laundry done in my house and the amount of time needed to air dry and the surface area from which to hang clothes, I knew we needed a quick fix.

One Google search, two YouTube videos, and one Amazon Prime order later… I decided to fix it myself.

I am a MacGyver at heart. I believe duct tape can cure many of the worlds ills. But I have never attempted a repair of this scale. But the video was only six minutes long, so I figured I could handle it.

I took apart the shell, door, moisture sensing and door wires, heating housing, and replaced the heating element. I watched the YouTube video ten seconds at a time and performed the necessary steps. What took YouTube six minutes, took me two hours to perform. 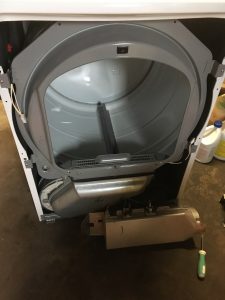 I had a good attitude throughout it all. I even stopped to take pictures, thinking to myself, “This is going to be a blog post!” I began narrating my post in my head as my roommate cheered me on (Yes, I narrate my own life). I would be played by Rosie the Riveter, a fierce, resourceful, and independent woman who could handle anything. I whistled to myself as I put my dryer back together, confident that I was awesome. 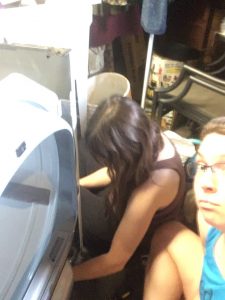 Last Saturday morning, I embarked on a quest to fix my dryer. I was covered in sweat and dryer lint. There was blood. There were tears. And my dryer emerged victorious!

I was crushed. This was not the narrative I was writing. Perhaps, I was not Rosie the Riveter after all. I felt small, alone, and like I had wasted my day. I got a shower and cried. (On a side note, after this debacle, I had two term papers to write for school. It was a rough day.)

I had a choice. I could either give up and call an actual repairman, or I could try again. Having a stubborn streak in me, I chose the latter. 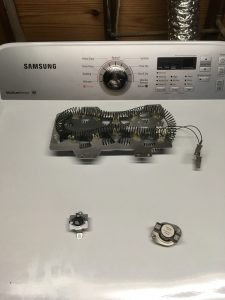 Sunday, I did it all again. My friend held a flashlight while I unscrewed, jimmied, grunted, and problem solved to replace the fuse and the thermostat. I put the pieces back together more tentatively this time. I was at the end of my fuse (pun intended). If this didn’t work, I had no other options. I had exhausted my knowledge and skills.

But my dryer heated!

I danced a jig. I fist pumped. I got so excited that I accidentally high-fived my roommate in the face.

So, what was the purpose of this three act play? Why did I have to go through the lows of Saturday before experiencing the highs of Sunday? Because my strength is tested and formed in times of struggle and disappointment. Because the fully functioning dryer was sweeter to me after sitting in the mess of the brokenness. Because life isn’t linear. Instead, our growth is parabolic, full of ups and downs, highs and lows, and all demanding perseverance.

And we know that in all things God works for the good of those who love him, who have been called according to his purpose. 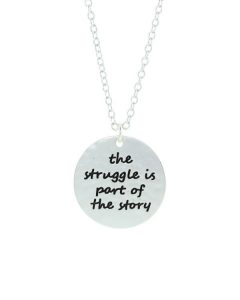 PS – If you want to battle your own dryer, here’s the video!