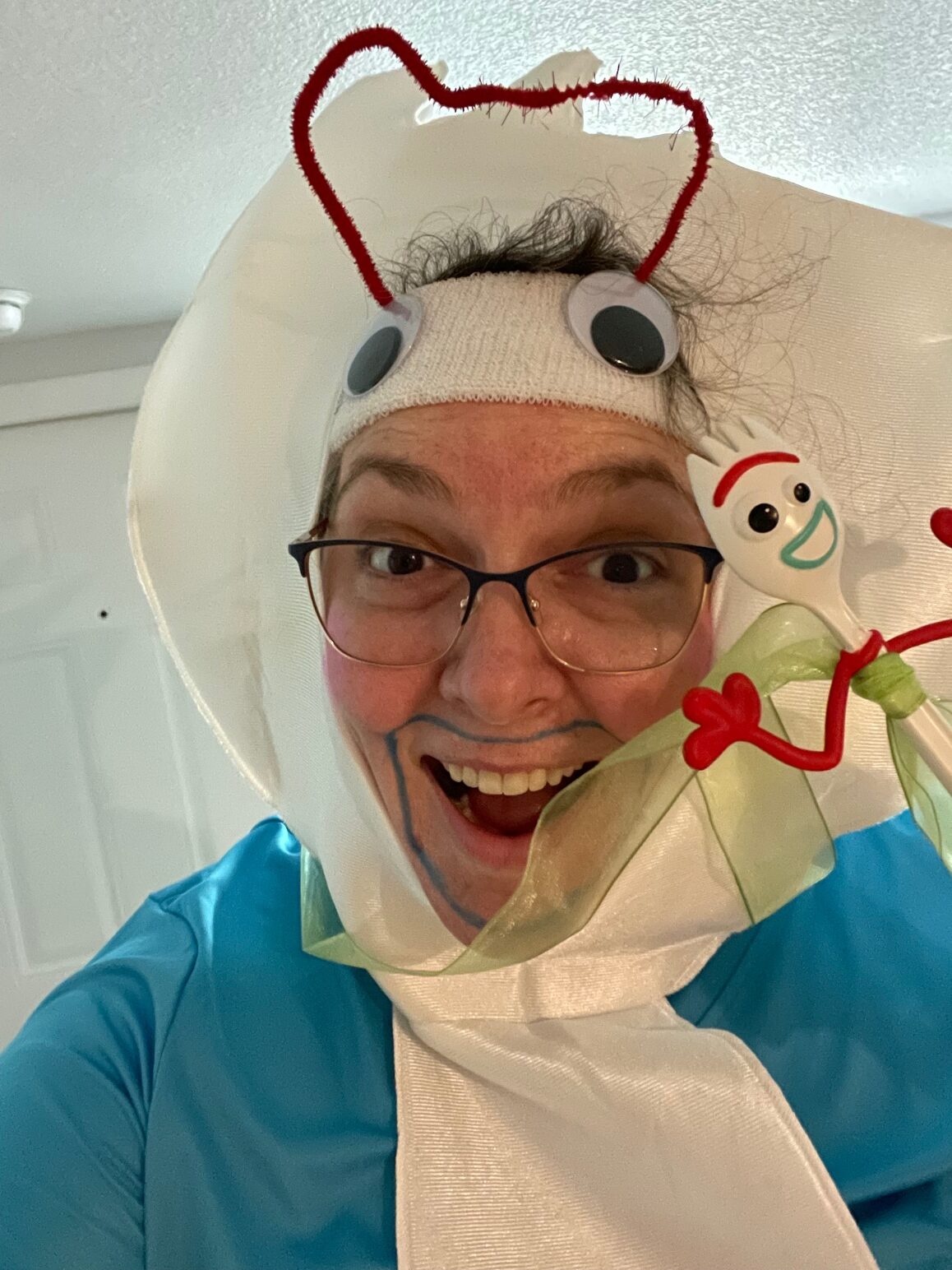 Grief, loss, pain, disappointment and blocked goals abound throughout our time on earth. We’ve all dealt with some level of them and all will deal with more before our time here is done.

If you have read this blog for any amount of time, you’ve journeyed through my valley alongside me. Many people try to comfort me by saying, “This is just a hard season.” My snarky response as I go on two years of pain and madness is, “Seasons are three months long.” (Insert side eye emoji here).

Yes, I’ve dealt with physical, emotional, spiritual, and financial hardships that have been pretty trashy. But life itself is not trash. I am not trash.

So, when I was awarded a free virtual RunDisney Princess 5K through my workplace, I knew I needed to make it an event. This would be just the second time I went on a walk over three miles and had to give Kenny a pep talk to get him to agree to this adventure. I knew it would be fatiguing for him. And I knew It needed to be just as fun, involved, and, most importantly as costumed as my previous RunDisney races (even though I’d be walking with one person instead of 30,000 of my closest friends!)

And I knew I had to be Forky.

Forky is a toy made by Bonnie in Toy Story 4 who consists of popsicle sticks, pipe cleaners, google eyes, and a spork. Throughout the film, he often thinks of himself as trash because of his components and he repeatedly tries to throw himself in the trash can, but slowly learns that he is a toy with friends and a purpose, and that Bonnie loves him.

I’ve had a similar journey. I have focused on the trash. I’ve wanted to throw it all out and start over. Yes, life has some trashy components sometimes. But life is not trash. Where there is challenge and pain, there is grit and compassion. For every circumstance that let me down, people who loved me showed up. For every unexpected stumble, someone reminded me to keep moving forward one step at a time. For every disappointment and let down, someone lifted my spirit.

I wish my life wasn’t continuing to be fully of trashy moments, but it is oddly comforting that the trash doesn’t come alone; life’s trash comes with cleaners. There are people who help me look past the trash to see something beautiful, quirky, and loved, just like Forky.

“And the calm will be the better
For the storms that we endure.“

Christ the Sure and Steady Anchor