Yes, I participated in two 5K’s in one week. I know, ridiculous. They just happened to fall six days apart and I wanted to run in both. One because I believed in the cause, one because I wanted to encourage a friend of mine who was racing in his first ever 5K!

Plus, it’s an unbeatable photo op! 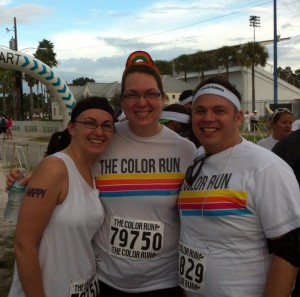 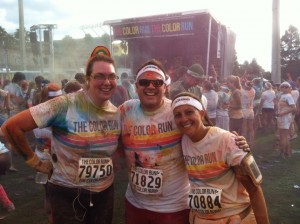 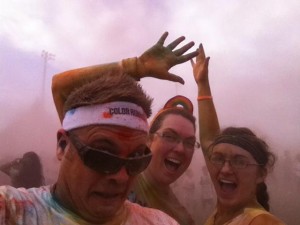 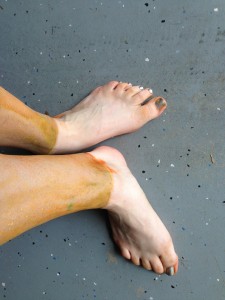 Yes, it took several exfoliating scrubs to return to my normal color. And even then I had a slight bluish tinge for two days. But hey, that’s what makes it The Happiest 5K!