No one wins in the courtroom of comparison.

We women are terrible at this. We constantly compare, weight, size, fashion, prestige, money, kids, houses, on and on, ad nauseum. I suppose men are guilty of comparison too, I just don’t see it as easily.

But no one wins. I might win one battle against one woman — because I dropped some cash on the latest fashion trend– but I always lose the war. In every category there will be people better and worse than you.

So I’m happy to know that the verdict has already be settled, I can exit the courtroom of comparison. Consider this excerpt from The Freedom of Self-Forgetfulness by Tim Keller 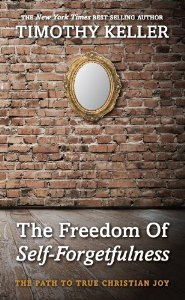 Some days we feel we are winning the trial and other days we feel we are losing it. But Paul says that he has found the secret. The trial is over for him. He is out of the courtroom. It is gone. It is over. Because the ultimate verdict is in… He says that it is the Lord who judges him. It is only His opinion that counts. (p. 38-39)

So get out of the courtroom where you are constantly on trial with yourself and others. The trial is over. In Jesus, the prosecution rests.