… but there is also pain, cringing, and discomfort for I have to be true to my words written and published!

I reviewed my 2o13 New Year’s Resolution post — and it turns out I didn’t accomplish what I set out to do.

I had four goals:

4. And finally, I resolve to know God better, to experience another year of grace, to be thankful for my many blessings.

Last year I discussed in several posts the importance of making our goals measurable so that we know if we’re moving forward or not. Amorphous things like “get healthier” are noble, but difficult to mark progress. Every goal needs a number attached somehow!

It’s also important to review our goals and see how we’ve done. So, gulp, that is what I’m going to do today. 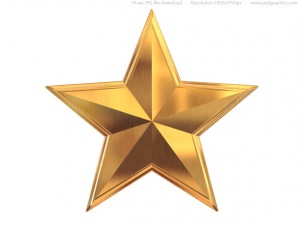 Goal #2: Memorize two chapters of Scripture. Not as glowing of a report on this one, I’m afraid. I chose Psalm 121 as one of my passages of Scripture. I wrote it on my mirror and read it each morning while I brushed my teeth. I think I could recite most of the gist of it right now and at one point I did have it memorized during the course of the year. I never chose a second chapter and I’d have to review significantly to recite it properly. One Gold Star awarded.

Goal #3: Run a 5K in under 30 minutes. I have consistently run throughout the course of the year. I’ve taken off a few minutes and added distance, but my best recorded 5K time is 33 minutes flat. I would need to train specifically and purposefully to achieve this goal and my focus shifted to training for the half marathon over the course of the year. One Gold Star awarded for effort.

Goal #4: And finally, I resolve to know God better, to experience another year of grace, to be thankful for my many blessings. I broke my own rule with this because it is not specifically measurable. I have had periods of immense thankfulness and periods of intense grumbling during 2013. I have experience another year of grace, though sometimes forcefully rather than joyfully! Two Gold Stars awarded.

So what? Do I look at that list and say, “Well, I really failed to fulfill 3/4 of my resolutions. 9 out of a possible 20 Gold Stars is pretty lame. Guess I’ll give up.”

May it never be!

Resolutions, goals, and benchmarks drive us to more. Even when I don’t achieve them fully, I can still remember that I’m closer to where I want to be than where I was a year ago. I’m counting it as a win — and I’m setting resolutions for this year.

How about you? How did you do with last year’s resolutions? Did you get achieve them? Did you get closer to where you want to be?