I completed the Disney Princess Half Marathon in the wee hours of Sunday.

Here we can journey through the day together: 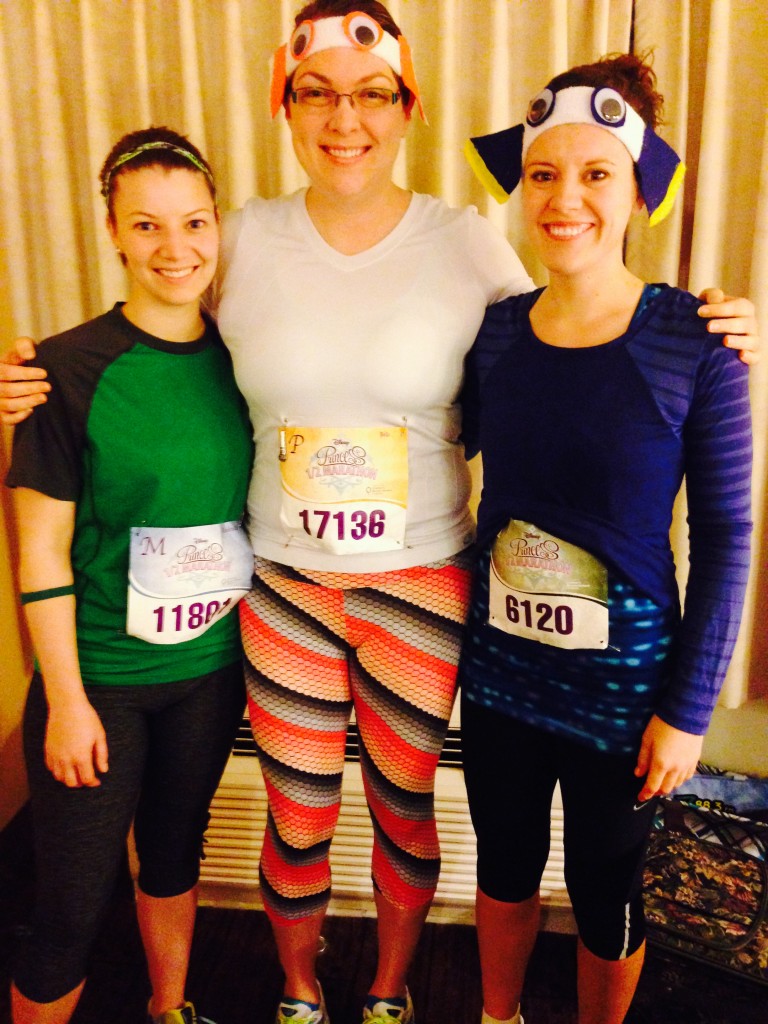 Sarah, me and CariAnn bleary-eyed, but excited at 3 a.m. about to board the bus and head toward the starting line. We are dressed as Crush, Marlin and Dory from Finding Nemo and ready to chase Nemo through the race! 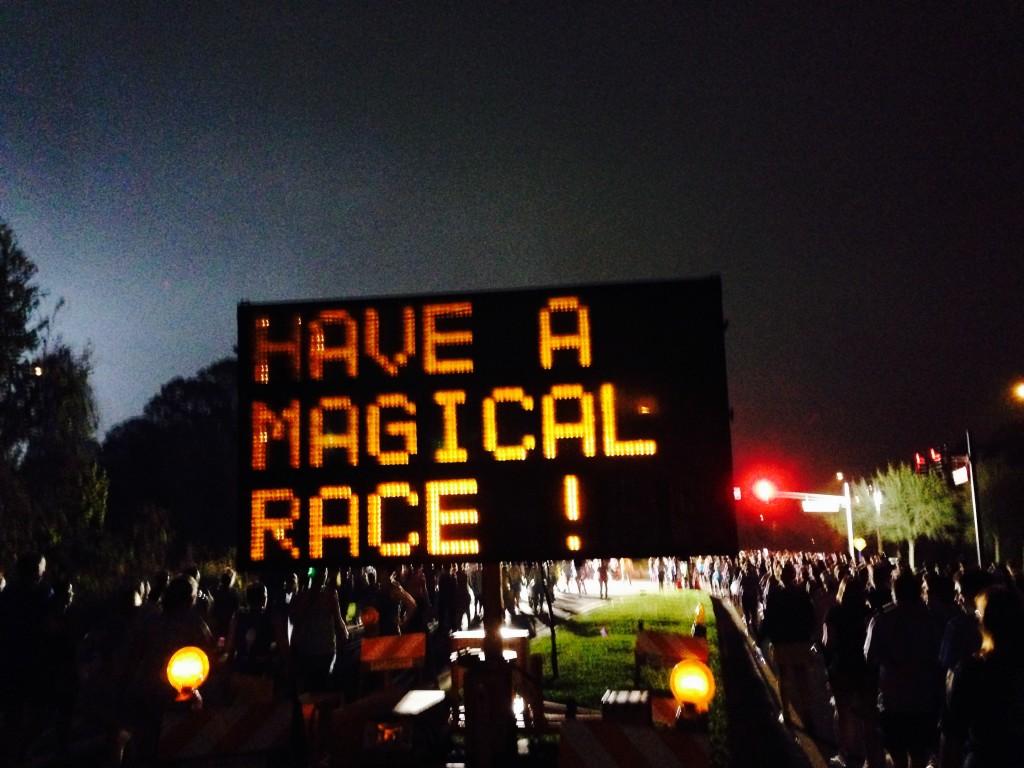 Disney wishing us luck as we trekked to our start corrals. 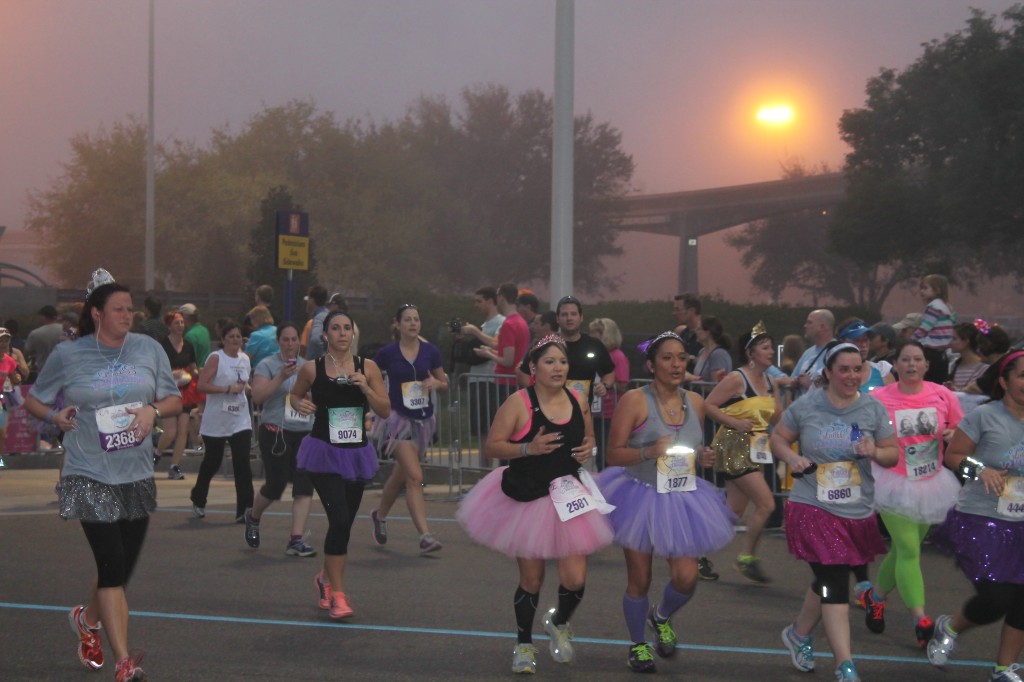 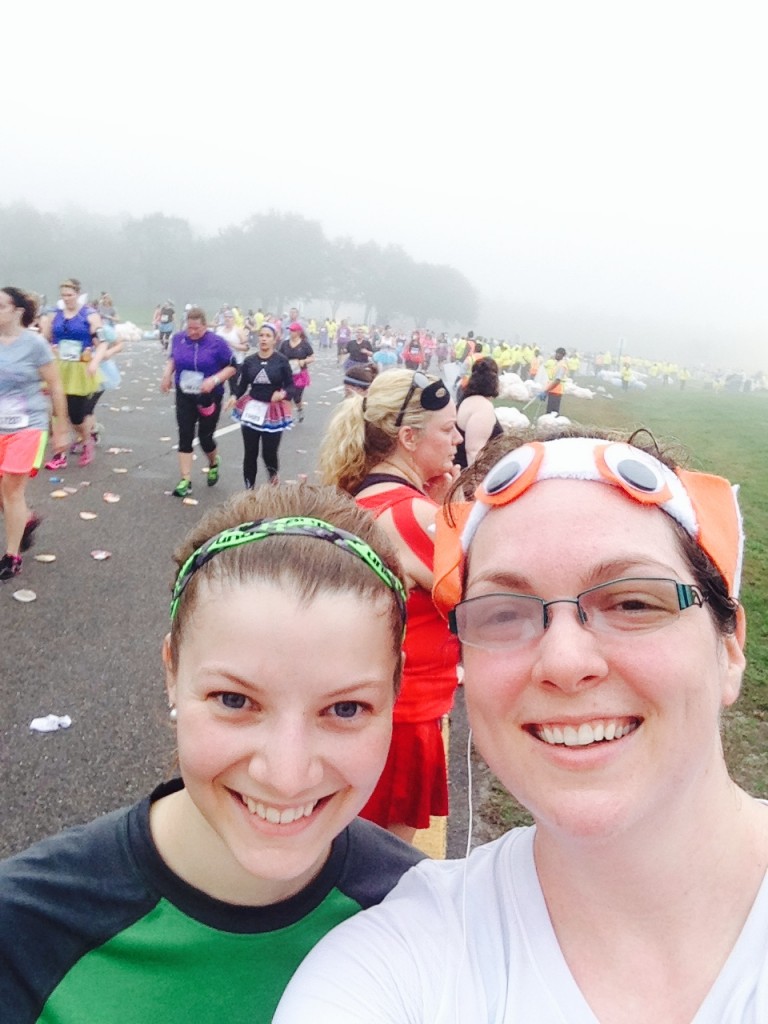 Trying to see out of my humidified glasses though nothing on my was dry! 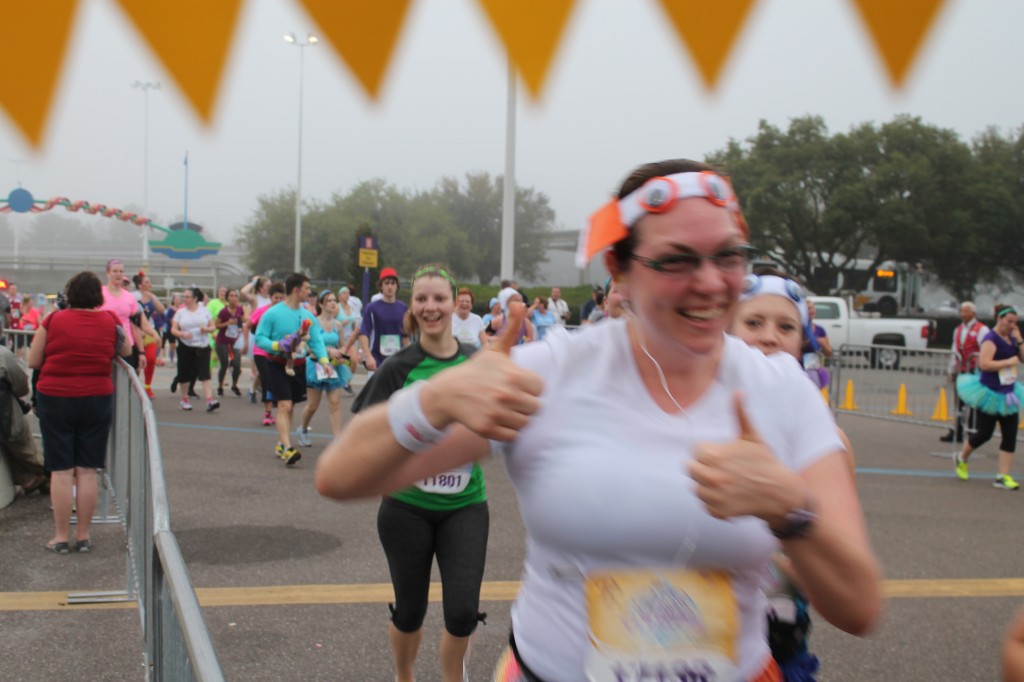 I spotted our spectators at mile four just before entering the Magic Kingdom and was so excited! I ran off of that energy for several miles (I’m blurry because I’m running so fast!) The notching at the top is the evidence of a sign Tracy made which read, “Ay pompi!” 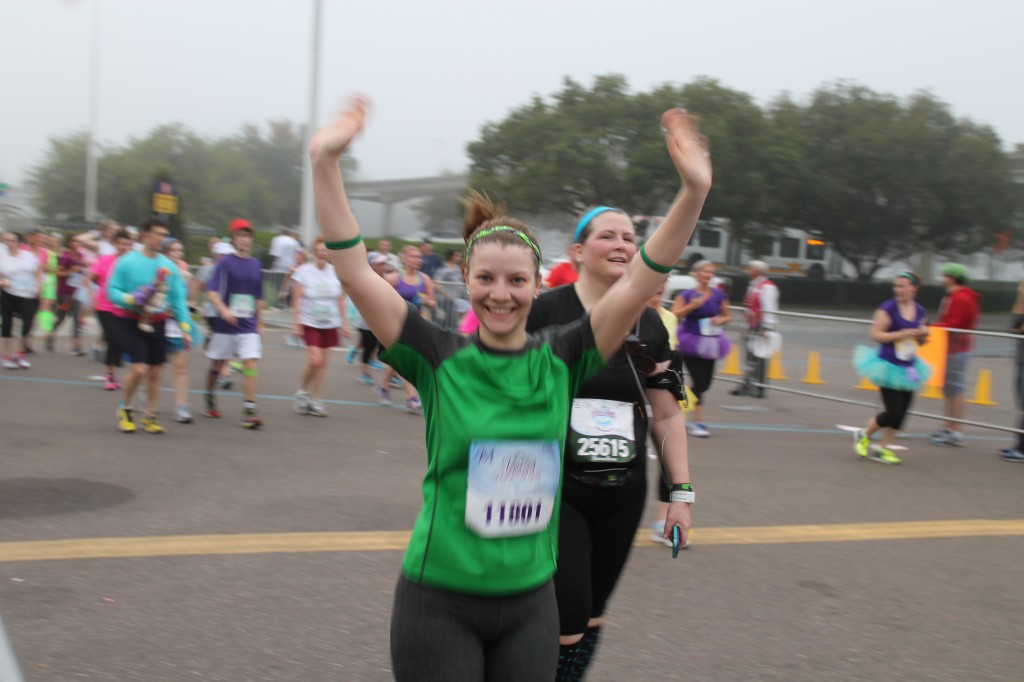 Sarah was better at posing than I was! 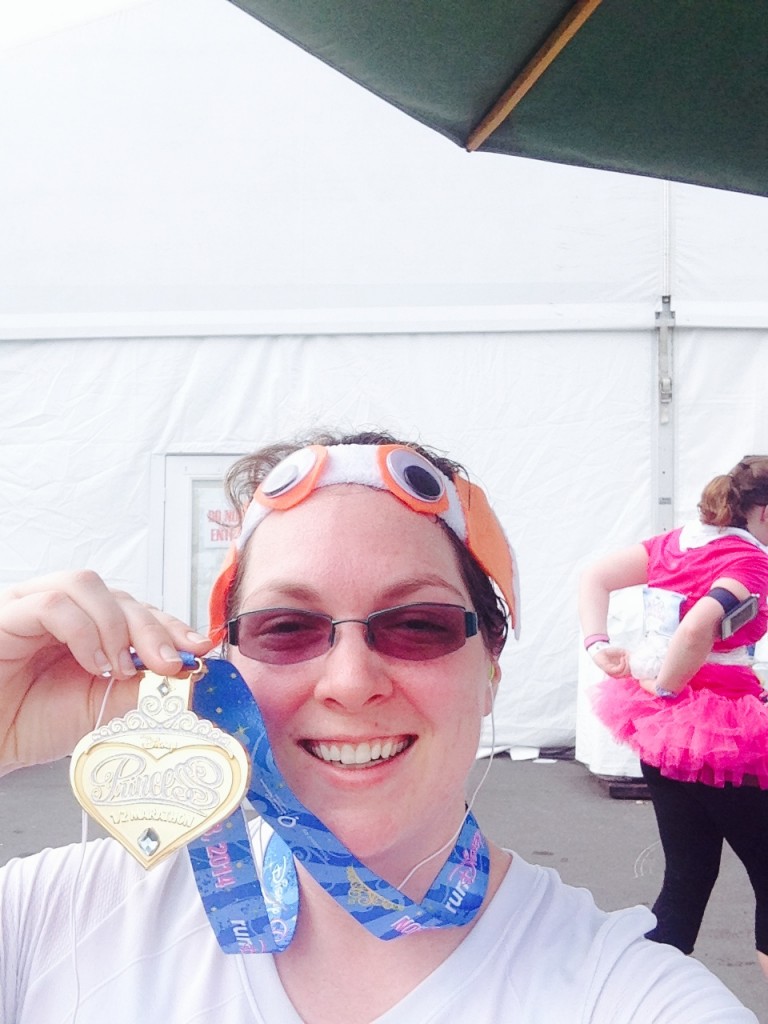 Posing with my medal at THE FINISH LINE! 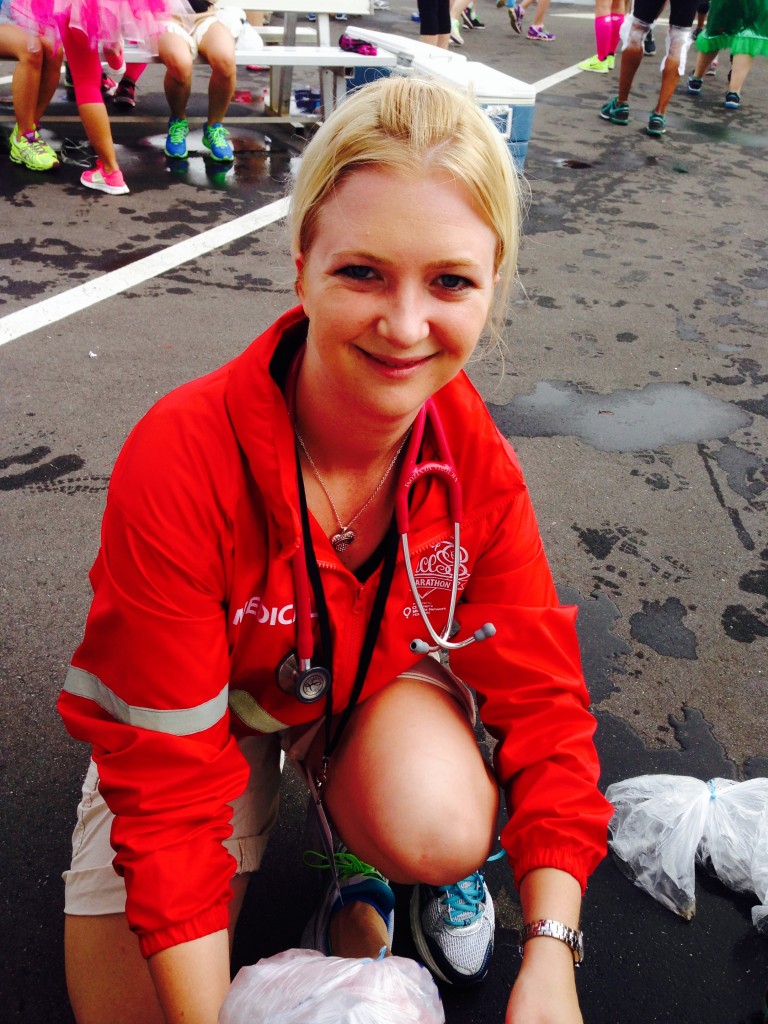 I was even excited to meet the kind medical professional who provided me with some ice! Everything was delightful at the finish line! 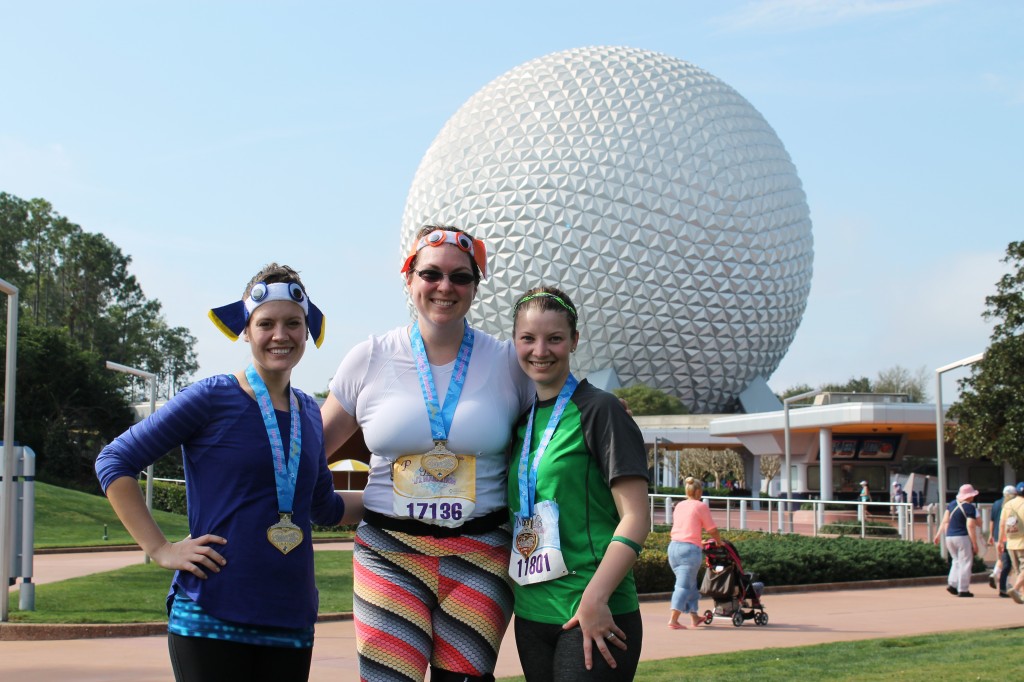 The EPCOT ball has never looked so beautiful to me as when I spotted it from the peak of the second overpass and knew I had two miles to go.

The toughest part of the race to me was miles 9-11. It was two hours in, I was depleted and tired and still had miles to run. On top of that we were having to run up hill over two large clover leaf overpasses straining my already tired muscles to their straining points. It was then that I realized how many people were in this mission with me. Sarah and CariAnn were keeping my pace and encouraging throughout the entire race. Tracy, Nathan, Jonelle, Cari and Marla were ready with signs, cowbells and custom-made “Princess Kelly’s Entourage” t-shirts to cheer me on. Not to mention numerous people who texted, Facebooked, and emailed to see how I did this weekend. I was not running this race solo. It was very much a team sport.

One of my coworkers, Jenn, who herself is an avid runner and a source of wisdom for me in my training, told me that I would be great at this race on a particularly difficult day for me. She said, “Kelly, you’re going to kill it. I’m talking cross the finish line and mic drop saying, ‘Kelly, OUT!'” That image made me laugh so much that I found a small microphone charm and pinned it to my bib. 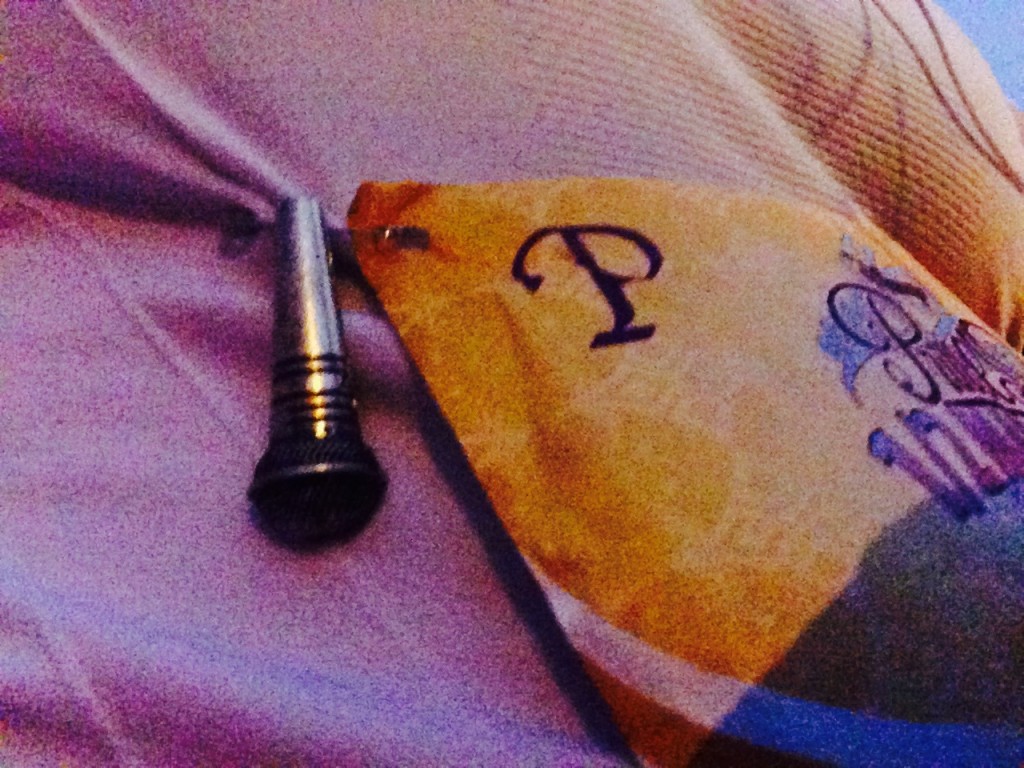 When I was running up hill and wasn’t sure if I could go on, I thought of that microphone charm. It represented the voice of so many friends and family members who were cheering me on, amplifying my achievement, and waiting to celebrate with me. I truly was surrounded by a great cloud of witnesses who clapped, cheered, jumped, and shouted for me to run with endurance the race set out before me. They made the weekend worth all the sweat, pain and training I had endured for months.

Who is in your entourage? And who do you cheerlead for?

Life is a team sport. It matters who you run with. 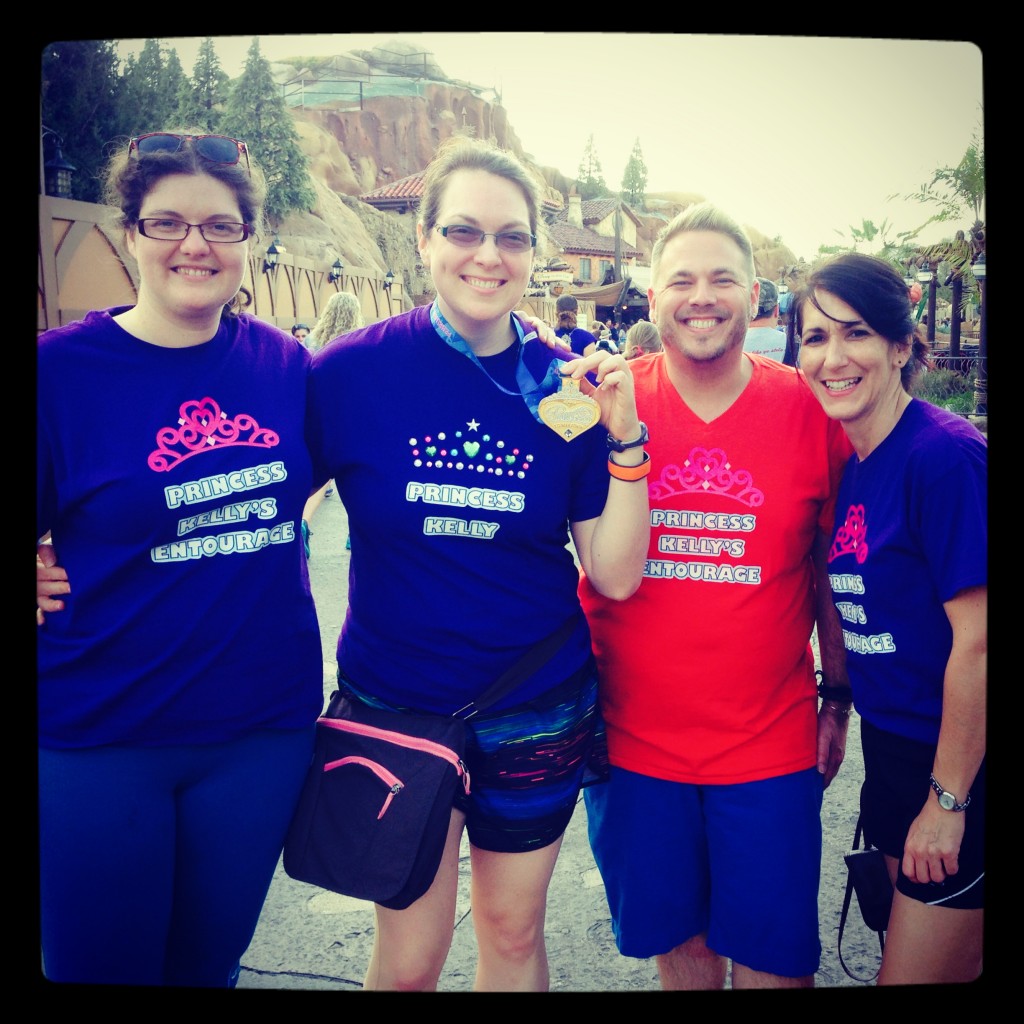