When I first moved to Orlando, I had to repeatedly remind others that Disney and Orlando were not synonymous and that in fact, my house was an hour away.

After seven years of living in Orlando, I’ve given into the Disney pull. Last year I purchased an annual pass and have definitely gotten my use out of it.

Last weekend a friend from high school, Beth, was coming into town and asked if I wanted to meet her at the park. (Duh! Yes!) I arrived a bit before Beth and her family did. (She texted to let me know they were en route saying, “Sorry, little girls have short legs!”). So I waited. I found a small spot sitting next to Walt and Mickey in front of Cinderella’s Castle and participated in one of my favorite pastimes: People Watching. I saw lots of people take pictures of the castle. Lots of merchandise being purchased. Lots of parents overwhelmed by their children’s excitement and energy. Lots of color coded neon shirts for school groups. But of them all, this was my favorite sight: 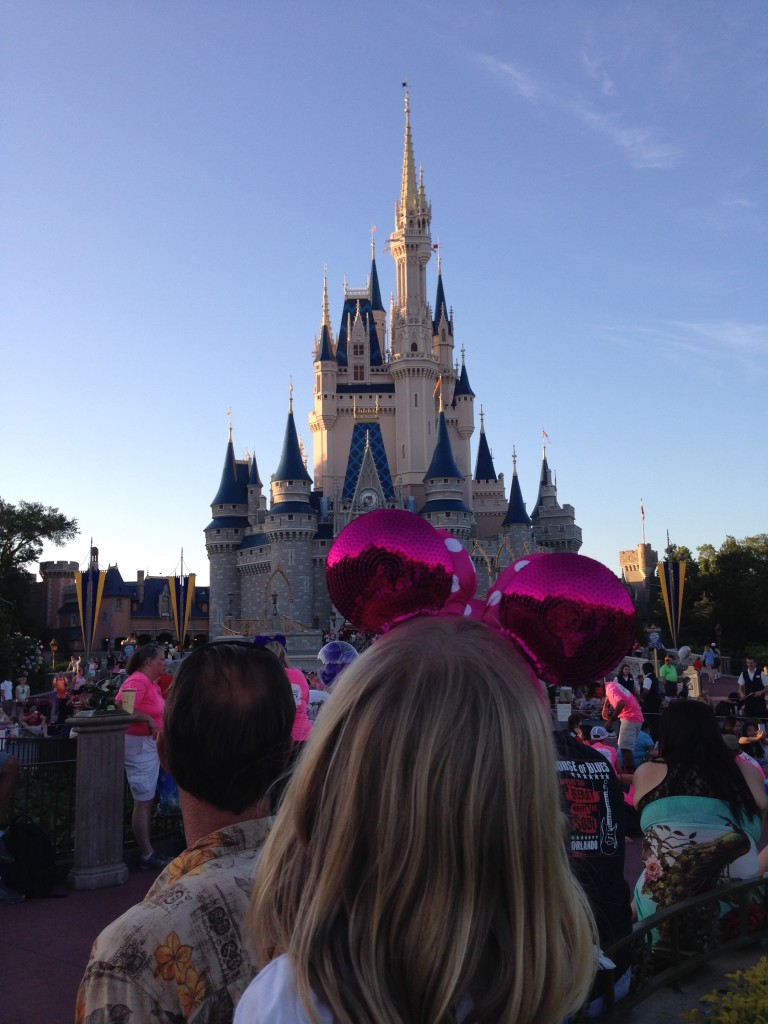 I felt it summarized the magic. One little girl, bedecked with glitterized ears, head cocked to the side enjoying the magical scene. I loved it. I loved the excitement of childhood captured in this image. Her family was waiting for several members and intermittently playing on phones or chatting amongst themselves, but my little friend didn’t stray from staring at the castle. She was focused on the magic.

If I had been in a rush, I would have missed it. It warmed my heart to see a little bit of childhood as I waited for my friends. I took some time to gaze at the castle as well. I want to have a more time for magic, more time for childhood, and less rushing around. My time waiting for my friends became a blessing instead of an inconvenience. But only because I let it!

How can you make room for small moments of magic?